Dove reveals 70% of women globally do not feel represented by everyday images – and 67% of women are calling for brands to step up and start taking responsibility for the imagery they use. 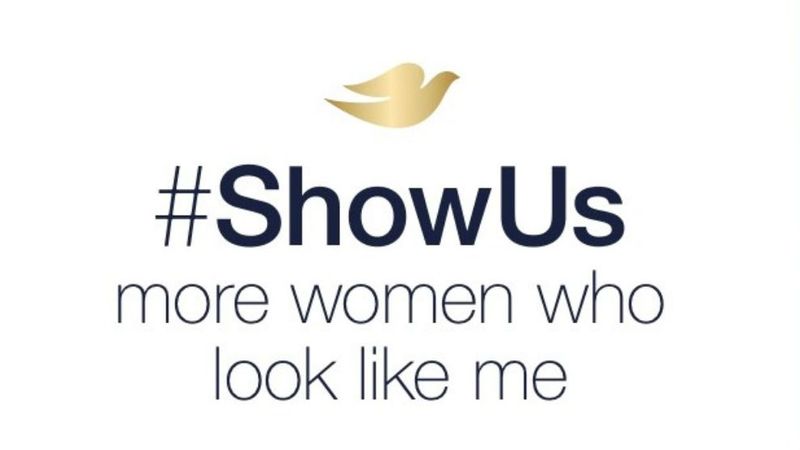 Dove has taken action with Getty Images, Girlgaze and women around the world to create Project #ShowUs – the world’s largest stock photo library created by women and non-binary individuals to shatter beauty stereotypes by showing women as they are, not as others believe they should be.

This major new project will drive a more diverse and inclusive visual landscape through media and advertising.

Dove, together with its partners Getty Images and Girlgaze, announces Project #ShowUs; its largest and most ambitious initiative to date. With over 5,000 images, Project #ShowUs is the world’s largest stock photo library created by women and non-binary individuals to shatter beauty stereotypes and is available now for the media and advertising industries to view,license and use in their next project or campaign. The ambition? To come together and put an end to the narrow definition of beauty consistently portrayed around the world, setting a new standard for the authentic, diverse and inclusive representation of women across the world.

71% of South African women say they still don’t feel represented in the images they see every day. Many of us know the mantra “You can’t be what you can’t see,”yet despite this, and decades of work by Dove, Getty Images and Girlgaze to liberate women from limiting stereotypes, many images continue to impose unrealistic beauty standards that present a narrow view of who women are, what they should look like, and what they can achieve. Every day, women’s lives are affected by these limitations, exclusions and stereotypes. It affects their health, relationships and the opportunities they are given. 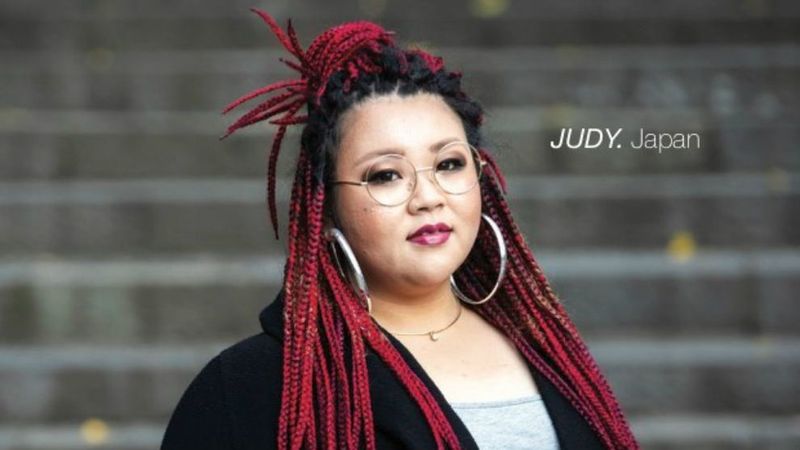 Project #ShowUs is created in partnership with Getty Images – one of the world’s leading creators and distributors of imagery – and Girlgaze – a network of 200,000 female-identifying and non-binary creatives from all around the world.

This ground-breaking library of images will be available for use by media and advertisers from today as Dove calls upon creative and media professionals to join them in redefining how women are represented in the images we see around us every single day; celebrating a more diverse and inclusive portrayal of beauty and supporting the confidence of women around the globe by showing them as they want to be seen.

These images have been created and self-tagged by the women themselves and, as well as asking media and advertisers to licence them for their upcoming projects, we are also offering women around the world the opportunity to become part of the change and add their images to the library too.

71% of South African women still don't feel represented in media and advertising; the move to a broader definition of beauty has never been more pressing. In one of the largest global studies of its kind, Dove research study shows that globally 67% of women are calling for brands to step up and start taking responsibility for the stock imagery they use, while in South Africa, a staggering 75% of women feel the same way.

On Getty Images, the search term “real people” has increased +192% over the past year, “diverse women” by +168%, and “strong women” by +187% providing more evidence of the demand for a more realistic portrayal of women and beauty. There is also huge need for stock imagery to include women in more progressive and empowering roles and scenarios with “women leaders” up by +202%.

Globally, women wish media and advertisers did a better job of portraying women of physical diversity with two thirds (66%) currently feeling there is limited body shapes and sizes and 64% feeling characteristics such as scars, freckles and skin conditions are unrepresented.

Local research has also revealed the following about how women feel about representation by the media and advertising industries in South Africa:

The constant bombardment of beauty stereotypes is making 7 in 10 women feel pressurised to reach an unrealistic standard of beauty, contributing to an appearance anxiety epidemic. Women who feel worse about themselves as a result of seeing a narrow definition of beauty day in, day out is impacting their daily lives – from being assertive (30%) to wearing the clothes they want (49%) or expressing their true identity (37%).

Dr Rebecca Swift, Creative Insights Director at Getty Images, comments: “Getty Images is a passionate champion for the realistic representation of all through imagery, and through this partnership is proud to be leading the visual industry to change the way women’s beauty is represented in media and advertising. Whilst we’ve seen a positive shift in the popularity of photography that realistically represents women, there’s a lot more to be done. Project #ShowUs will break visual clichés on an unprecedented scale, and we invite all media and advertisers to join the movement.”

Sphelele Mjadu, Unilever Personal Care Senior Public Relations Manager for Africa concludes that “Project #ShowUs marks yet another milestone step by Dove to combat unhelpful beauty stereotypes and empower women everywhere so that their beauty is a source of confidence, and not anxiety. Project #ShowUs is pioneering this change because our reality is that women can’t be what they can’t see, and so with this understanding, Dove looks to challenge unhelpful beauty stereotypes at their source, in a bid to ultimately help women everywhere.”

How to get involved

Media and advertisers – it’s up to all of us to expand how we are portrayed. View, license and use the photos in Project #ShowUs for your next project or campaign at GettyImages.com/ShowUs. This is just the beginning. Every image licensed will support female photographers of the future and grow the photo library further, so that all media & advertisers can reflect the authentic experiences of women around the world.

Women around the world – #ShowUs more women like you. Want to help expand the definition of beauty? Join us at Dove.com/ShowUs to share your images and you could become part of the Project #ShowUs photo library.

Project #ShowUs is part of Unilever’s commitment to UN Women’s Unstereotype Alliance – a cross-industry global initiative which uses the power of advertising and media to free the world from harmful stereotypes that hold back people and society.

Dove started its life in 1957 in the US, with launch of the Beauty Bar, with its patented blend of mild cleansers and ¼ moisturising cream. Dove’s heritage is based on moisturisation – proof not promises grew Dove from a Beauty Bar into one of the world’s most beloved beauty brands.

Women have always been our inspiration and since the beginning, we have been wholly committed to providing superior care to all women and to championing real beauty in our advertising. Dove believes that beauty is for everyone. That beauty should be a source of confidence and not anxiety. Dove’s mission is to inspire women everywhere to develop a positive relationship with the way they look and realize their personal potential for beauty.

For 60 years, Dove has been committed to broadening the narrow definition of beauty in the work they do. With the ‘Dove Real Beauty Pledge,’ Dove vows to:

Girlgaze, initially created as an Instagram hashtag highlighting the female perspective, is an online jobs marketplace and creative agency that connects companies and brands with a global community of female-identifying and non-binary creatives to generate award winning content. With a community of over 200,000 creatives Girlgaze’s mission is simple – to close the gender gap one job at a time by providing womxn with paid jobs opportunities in the creative space.

Founded in 2016 by Amanda de Cadenet, an entrepreneur, journalist, author, photographer and activist, Girlgaze knows that representation matters and the company works diligently to ensure that diverse, often marginalized voices and perspectives are included in the creative pipeline.

The Girlgaze Agency has worked with Levi's, Nike, Google, Warby Parker and other notable and global brands to produce original video and photography campaigns, sourcing creators from within their Global Girlgaze Network. Girlgaze’s impact continues to be felt having provided 530 paid jobs and over one million dollars to their community of female-identifying and non-binary creatives creatives and partnering with the likes of #MeToo and TIME’S UP in 2018.

About The Unstereotype Alliance

The Unstereotype Alliance, led by UN Women, is a thought and action platform that uses advertising as a force for good to drive positive change. It seeks to eradicate harmful gender-based stereotypes. The alliance is focused on empowering women in all their diversity (race, class, age, ability, ethnicity, religion, sexuality, language, education, etc.) and addressing harmful masculinities to help create a gender equal world. Unilever is Vice Chair and a founding member of the Unstereotype Alliance.

For more information about the Unstereotype Alliance, please visit www.unstereotypealliance.org