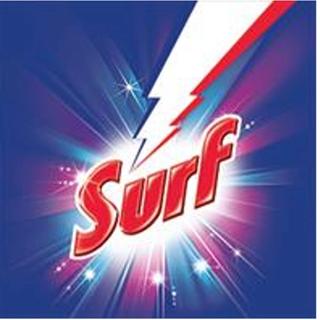 Surf washing powder is known for its super whitening power.

Surf is a brand of laundry detergent with an accompanying range of laundry products. It launched in 1959 and is now available in Europe, Latin America, Asia and Africa, with a comprehensive range of offerings including bars, powders, liquids, tablets and capsules.

Surf washing powder is one of the oldest washing powders on the market in South Africa. It was launched in the 1950’s. SURF washing powder is known for its super whitening power. It has been used and trusted by many people over the years, because of its reputation for maintaining the whiteness of white garments.

Surf with super whitening granules removes the yellowness caused by repeated wearing and washing. Surf has a unique granule that delivers superior whiteness on cottons and synthetic fabrics in just 7 washes.

Surf is specially formulated to restore dull or yellowed garments back to their original whiteness. And although it is especially made to restore whiteness, SURF can also be used to clean and brighten your coloured garments.

Surf is a handwashing powder. Because of its high foaming, it is not suitable for washing machines – twin tubs, top loaders and front loaders.

Why is Surf the best at whiteness?

If you have any questions or comments about Surf, please visit our contact page.