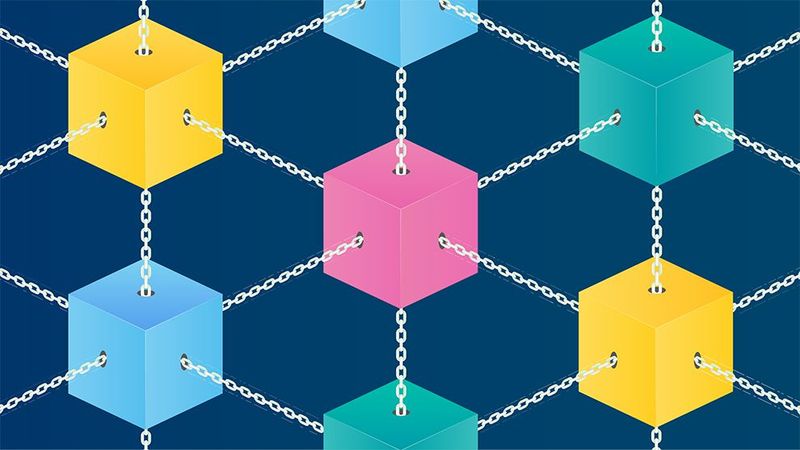 Explainer: what is blockchain, who’s using it and why?

Mention blockchain and what probably springs to mind is Bitcoin. The digital currency seems to hit the headlines on an almost daily basis. It’s making some people mega-rich (apparently). It’s making the banks nervous. But it’s making most of us wonder what the fuss is all about.

Blockchain technology does underpin cryptocurrencies like Bitcoin. But its uses – and potential – go much further.

Here we explain what it is, where it fits into our business and, importantly, how it could benefit consumers.

In a nutshell, what is blockchain?

Blockchain is a permanent record of transactions in a network. It is made up of a decentralised ledger – like a database – rather than a traditional point-to-point ledger, meaning each participant has their own copy and can see all transactions in the chain. And each block is protected using an encrypted reference to the previous block, so it’s extremely difficult to tamper with or hack.

We can imagine a world in which every agreement, process, task and payment would have a digital record and signature that could be identified, validated, stored and shared. And since blockchain ensures a consensus view of any changes, there is transparency and trust at every step. This eliminates risk, ensures a higher level of security and removes the need for a middleman.

What’s driving the interest in blockchain?

There are many issues that blockchain could potentially address. For instance: online and offline fraud such as cyber-attacks, fake news and misinformation; the lack of trust that currently exists with institutions, corporations and governments; and the growing demand for authenticity and transparency across all elements of consumers’ lives.

How is industry embracing the technology?

It is still early days, relatively speaking, and no one really knows what blockchain is capable of. Not least because the technology itself is evolving fast. So, everyone is experimenting. But it’s hard to imagine an industry or organisation that won’t be touched in some way.

As a Gartner briefing puts it: “While many organisations consider blockchain to be a game-changer, the precise nature of the game and the full extent of the change are uncertain.”

Financial services was one of the first sectors to embrace the technology some years ago, which is why applications in this area are currently quite advanced.

The most recognised of these is digital – or crypto – currencies. Bitcoin was the first, launched in 2009, but today there are many others. Cryptocurrencies allow the transfer of funds between parties. This transfer is quick and, because there are no financial institutions involved, inexpensive.

Blockchain can also allow access to financial services for the billions of people who are ‘unbanked’ or underserved by the current system. This has huge implications. It means, for instance, that migrants can send money home to their families easily and cheaply. And small business owners can get credit rather than being restricted by a system that runs on cash.

But banking and payments is just one area. There are many others.

For example, according to EY, blockchain-based solutions have the potential to make government operations more efficient and improve the delivery of public services, while simultaneously increasing trust in the public sector. Preventing voter fraud in elections is a great example.

Another application being explored is to simplify and speed up property transactions. All the paperwork that’s currently dealt with manually could be recorded, tracked and stored using blockchain technology. The fact that these records are verifiable and secure reduces human error.

Businesses increasingly want transparency in their supply chains to prove their sustainability credentials. Consumers increasingly want to know about the provenance of the products they buy. Blockchain can help deliver both Jessi Baker, founder and CEO, Provenance

What use could it have in supply chains?

Supply chains are essentially a series of transactions, so blockchain could be useful. You could prove where goods come from – are they fairtrade or organic certified. The governments of the countries where the goods are shipped from and to could ensure the companies involved comply with local laws. And you can trigger supplier payments automatically when certain conditions are met.

Provenance – a company that helps brands build trust through transparency – has conducted several trials in this area. One used blockchain and smart tagging to track tuna caught by Indonesian fishermen with verified social sustainability claims. Another was with a small fashion brand that wanted to turn its ethical story into a mobile in-store experience to engage consumers.

Surveys suggest that shoppers would pay more for products from companies committed to positive social and environmental impact, but few trust the claims these companies make. Blockchain could give complete visibility of a product’s lifecycle from source through production and shipping to shelf.

As Provenance founder and CEO Jessi Baker says: “Businesses increasingly want transparency in their supply chains to prove their sustainability credentials and mitigate risks. Consumers increasingly want to know about the provenance of the products they buy – where they were made, who by and from what. Blockchain can help deliver both.”

Is Unilever doing any trials?

We are currently running a trial in the accounts payable process of our Americas supply chain. The process is resource intensive with several manual steps and stakeholders. These stakeholders work on multiple systems which means there is no single version of the truth and, as such, errors are common. Blockchain could potentially reduce the manual intervention and help avoid disputes among parties.

Another area we are exploring is around media buying, where data reconciliation between advertisers, agencies and publishers is a complex activity that’s both time consuming and costly. The trial – with a consortium of other advertisers in North America – will initially focus on transparency between advertisers and agencies.

We are constantly looking at where blockchain could add value to our business, but we are aware of its ambiguity and the need for the technology to mature further. As such, we are prepared to fail quickly and learn across the business.

What does the future hold?

Right now, the technology has limitations and there’s a lack of standards, regulations and audit mechanisms. It’s also currently expensive and, as yet, the return on investment is unclear.

Plus of course, for blockchain to work, all parties must sign up. When you look at complex supply chains, for example, that means many organisations and individuals agreeing to get involved.

That said, we believe blockchain has enormous potential to improve trust and transparency. It could fundamentally change our business processes in a way that increases efficiency, lowers cost, and improves visibility and security across our tracked information within Unilever and with partners. When we start to see the results from our trials, we’ll know more. So, watch this space for updates.