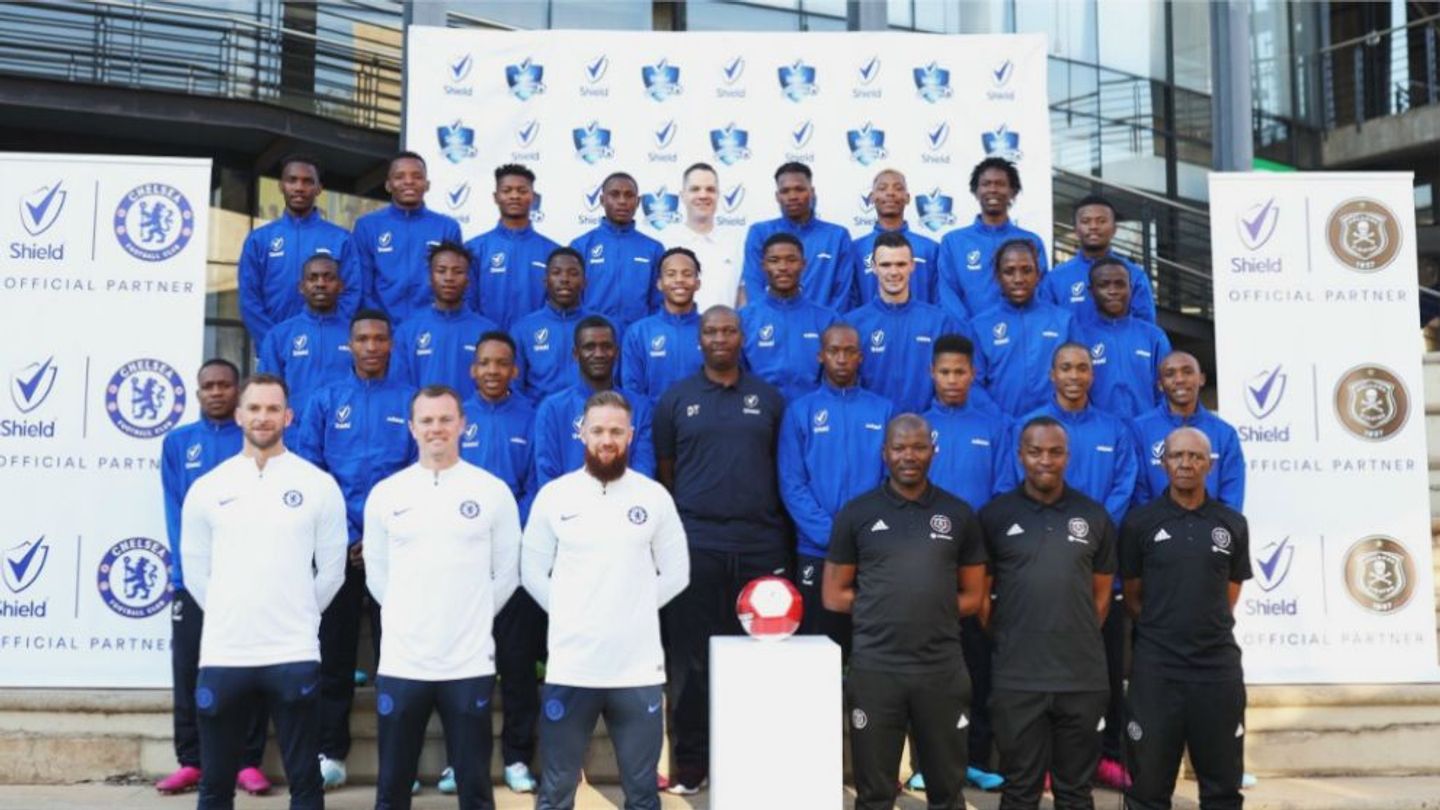 Shield Sbonis’idiski gears up to a thrilling finals week

The Shield Sbonis’iDiski gears up to a thrilling finals week as the programme wraps up the third edition of what has been a successful year of grassroots development in football. The three-day camp, which is set to be held at the TUKS High Performance Centre in Pretoria on 29 to 31 July, will be packed with thrilling and nail-biting moments that will culminate in the announcement of the top three winners who will receive a once in a lifetime opportunity to train with Chelsea FC.

One of the three winners will also be afforded a one-year contract with Orlando Pirates FC Multichoice Diski Challenge team.

Contribution by the programme

Over the years, grassroots development has been at the forefront of South African football and programmes like Shield Sbonis’iDiski contribute towards closing a huge skills gap in the football field. Year three of Shield Sbonis’iDiski saw the programme grow tremendously in more ways than one, with the programme garnering over 11 000 entrants in the past three years. Shield, South Africa’s #1 selling deodorant brand together with its partners Chelsea FC and Orlando Pirates FC, dedicated themselves to playing a huge part in football development by going into local communities to train, upskill and scout for the next football champion.

The programme for year three included an upgrade to ten more regions instead of the five from the past two years. Year three was not only focused on physically upskilling the players, but it also saw Shield bring together the best football minds and analysts at the Shield roundtable event which was held in April 2019 to further discuss and tackle the state of football development in South Africa.

This year the scouting clinics were held from April to June 2019, preceded by a coach upskilling programme in March 2019. The coaches upskilling session was led by coach Dumisani Thusi who received the opportunity to attend a coaching course in Austria. Coach Dumi came back to impart the knowledge he received from the coaching course in the communities by training and equipping the Shield local coaches.

The local coaches spent time in their respective regions putting over 8000 hopefuls through thrilling and nail-biting moments that put the players to the test and included attacking, defending and transition play. The scouting sessions were packed with talented and hungry footballers, with the Cape Town region tallying up a total of 948 players overall while KZN receiving 237 players at one scouting session in June, making it the region to receive the highest players for one scouting session.

What has been achieved

“The Shield Sbonis’iDiski football programme has changed many lives and it has been great to have a front row seat to experience the impact that this programme has in many aspiring football players lives. The programme this year saw passionate players, with one specific hopeful who showed so much hunger during these scouting sessions on and off field that he was undoubtedly selected for the top 25 at first sight. That is the level of passion and drive we need to see for hopefuls to make it.” Said Shield Head Coach, Dumisani Thusi.

Football development is at the top of Shield South Africa’s core passions and it is evident in the resources and time put into this programme yearly. “We are excited to have created a platform that does not solely focus on developing players physically but also going beyond the communities to change their lives through the coaches and the talented players themselves.

Shield is a brand that is dedicated to keeping people moving by instilling confidence and it has been a great pleasure to continue to do that in year three of Shield Sbonis’iDiski.” Said Gareth Marshall, Brand Manager for Shield South Africa.

The three-day camp for finals week at the High-Performance centre will this year consist of players who are prepared, display confidence instilled by Shield on and off the field and can perform well under pressure.

The players will be put to the test by the Orlando Pirates FC and Chelsea FC coaches, ending in an intense football match between the top 25 finalist and the current Orlando Pirates MDC team. “This year, finals week is meant to mentally and physically prepare players for the real world of football by not only putting them against a real development team but also by coaching, guiding and mentoring them to always be dedicated to becoming quality players” Said Laurence Griffin, International Development Officer, Chelsea FC Foundation.

The top three winners will be announced at a press conference on 31 July, at the Rand Stadium in Johannesburg. In addition, Orlando Pirates will also announce the next champion footballer who will score a one-year professional contract with their development team.