Unilever’s biggest laundry brand has launched its cleanest and greenest product yet, with plans to engage millions of young people in taking positive action on the things they care about.

Omo, also known as Persil, Skip, Breeze, Ala, Surf Excel and Rinso (depending on where you live in the world), is aiming to lead the way among mainstream detergent brands to be kinder to our planet.

We’re also working to reduce our use of virgin plastic in packaging. We have made the most progress in this area so far in the UK, where all Persil packs are now made with 50% recycled plastic and are 100% recyclable.

This move is part of our wider Clean Future initiative: a ground-breaking innovation programme that will fundamentally change the way our cleaning and laundry products are created, manufactured and packaged.

As part of the relaunch, Omo is evolving its Dirt is Good (DiG) positioning to Dirt for Good. The aim is to better reflect the demands of a new generation and the actions it’s taking on the environment.

DiG was first introduced in 2008 to promote the message that kids learn and develop by being out in nature and getting dirty. The ads showed one young protagonist experiencing the outside world and reaping the rewards of freedom and discovery.

But research indicated that kids and their parents were no longer relating to this image as they had done previously.

“Today’s kids are the change maker generation,” says Tati Lindenberg, Home Care’s VP of Marketing. “They look at the world they are inheriting and they don’t like what they see. And the one issue that stands out above all others for them, is the future of our planet.

“They want to see – and be part of – real change. They want to take action on sustainability and climate change, because they know their future depends on it.” 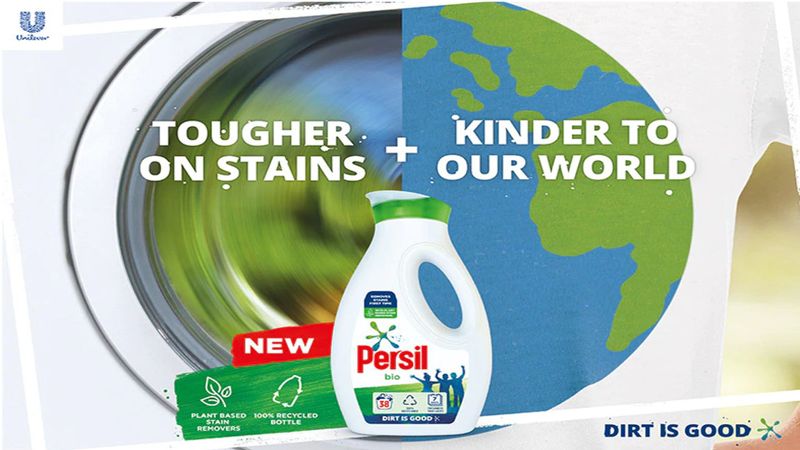 What can 10 million kids do?

The message behind the brand’s new ‘Real Change’ campaign is that we all need to go beyond just ‘screen activism’. While hashtags and tweets play an important role in raising awareness of an issue, it takes more than pressing a button to instil real change.

Through the campaign, Omo is looking to engage millions of children in positive societal action.

As Lesley Thorne, Global Brand Equity Director, says: “Child development is, as always, at the core of the brand, but that development is now more than ever about taking action on the issues and causes they believe in.”

In its various guises, ‘Dirt is Good’ is seen by 1.6 billion people a year. That’s a bigger reach than Instagram.

For the ‘Real Change’ campaign – which will go live in 40 markets over the next 12 months – the brand is partnering with schools and NGOs to educate kids on how they can use their compassion to act for good when it comes to society and the environment.

“We have a target of helping 10 million young people take positive action for a better world and are now working on how to make this a reality,” says Lesley. “This is about a change in society and looking beyond our business's books.”