One step closer to finding the root cause of dandruff

Dandruff can affect around 50% of adults. Until recently, a fungus called Malassezia was considered the main microbial culprit of this irritating scalp condition. We talk to three Unilever R&D scientists about their research, which suggests bacteria also have a role to play.

There’s nothing like an itchy scalp and snow-like flakes on your shoulders to make a bad hair day, worse. Both are tell-tale signs of dandruff, a scalp condition which, though harmless, can be irritating, uncomfortable and unsightly for those that have it.

And many people do have it. Research suggests it affects half the world’s population post puberty. As yet, the exact cause of the condition remains unknown.

What we do know is that several factors increase the chances of it occurring. Changes in the activity of the sebaceous (oil) glands in the skin, such as the hike in sebum production around adolescence, can increase its likelihood. Higher sebum levels may also be a reason why more men than women suffer from dandruff, too. Pollution and harsh chemicals can have an impact, and so can the weather – many people, for example, find that their dandruff gets worse during the winter months.

The role of fungus in dandruff

One of the strongest contributing factors, however, is the level of a fungus called Malassezia.

Multiple studies have found a link between Malassezia and scalp health, with dandruff scalps consistently showing a marked increase in the abundance of Malassezia.

Like every organism, Malassezia thrives when it is fed, and one of its favourite foods is the saturated fatty acids found in sebum. A greasy scalp, therefore, offers the perfect condition for the amount of Malassezia to increase.

When Malassezia grow too quickly, it disturbs natural skin cell renewal. Scalp skin cells cluster together and appear as white flakes. Hence, current dandruff treatments focus on anti-fungal ingredients that have the removal of Malassezia in their sights.

Unilever products such as Clear Advanced Protection anti-dandruff shampoo, the Clear Scalp Clinic range and Living Proof Restore Dry Scalp Treatment contain ingredients that restore the equilibrium of the scalp microbiome, nourish the scalp and alleviate the itch associated with dandruff scalps. However, they are not a silver bullet. They are very effective at managing the condition but require regular use to control it.

Now, new research findings from Unilever R&D may mean that we are one step closer to finding dandruff’s root cause. 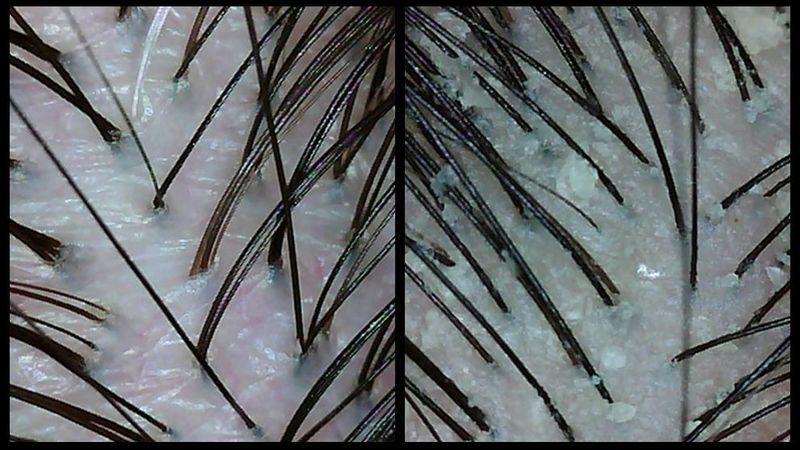 From right to left, a healthy scalp and one with dandruff. Until now a fungus called Malassezia has been considered one of the root causes of dandruff. New Unilever research shows bacteria also have a role to play.

Using DNA to find out more about scalp health

Sally Grimshaw, Elaine Xu and Dr Barry Murphy are part of the Unilever research team who have been carrying out a detailed genetic investigation of the community of micro-organisms that live on scalp skin, known as the scalp microbiome.

“Using new technology called next generation sequencing (NGS), we analysed the genetic composition of the complete scalp microbiome to define precisely which types of bacteria and fungi were present,” Sally explains.

This saw the team sequence the microbial DNA of more than 100 people with healthy and dandruff-affected scalps, all of whom had refrained from using anti-dandruff shampoo for six months. 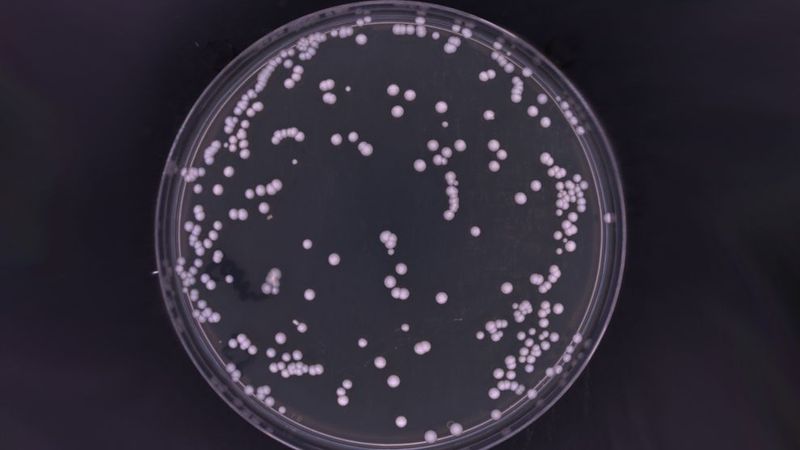 Staphylococcus capitis is 100 times more abundant on scalps with dandruff. “No one had thought to look at bacteria,” says Dr Barry Murphy. “Our next generation of actives will target fungi and bacteria together.”

It’s not just fungus, bacteria also have a part to play

As expected, the research revealed there were 10 times more Malassezia on dandruff scalps compared to healthy scalps. However, beyond its analysis of the fungal community, the research found new insights on several bacterial species.

“Using a technique called qPCR we were able to accurately count the bacteria. It detects the presence of a specific gene (DNA) in the bacteria,” explains Sally. “The more copies of the gene, the more abundant the bacterial species.

“We discovered that one species in particular, Staphylococcus capitis, was 100 times more abundant on dandruff affected scalps,” she adds. Studies carried out since have validated this finding.

In short, this means that Malassezia should no longer be considered the sole microbial culprit of dandruff. “Neither bacteria nor fungi are solely responsible,” explains Sally. “We believe both are involved.”

Will this change the way we treat dandruff?

“You can’t truly fix a problem until you know its cause,” says Barry. “Before we carried out our research no one had thought to look at bacteria, no one knew it had a role to play.”

And the work continues. “These new insights will be added to our existing human data,” adds Elaine. “And using the latest machine learning tools and artificial intelligence, we will continue to explore the causes of dandruff,” she says.

Itching to find a cure

In the meantime, Sally has this advice for those itching for a cure. “The biggest factor implicated in the prevalence of dandruff is frequency of hair washing. Less washing equals higher incidence of dandruff.

“That’s food for thought in these current times with more people working from home and the reduction in frequency of personal hygiene regimes reported by many individuals,” she says.