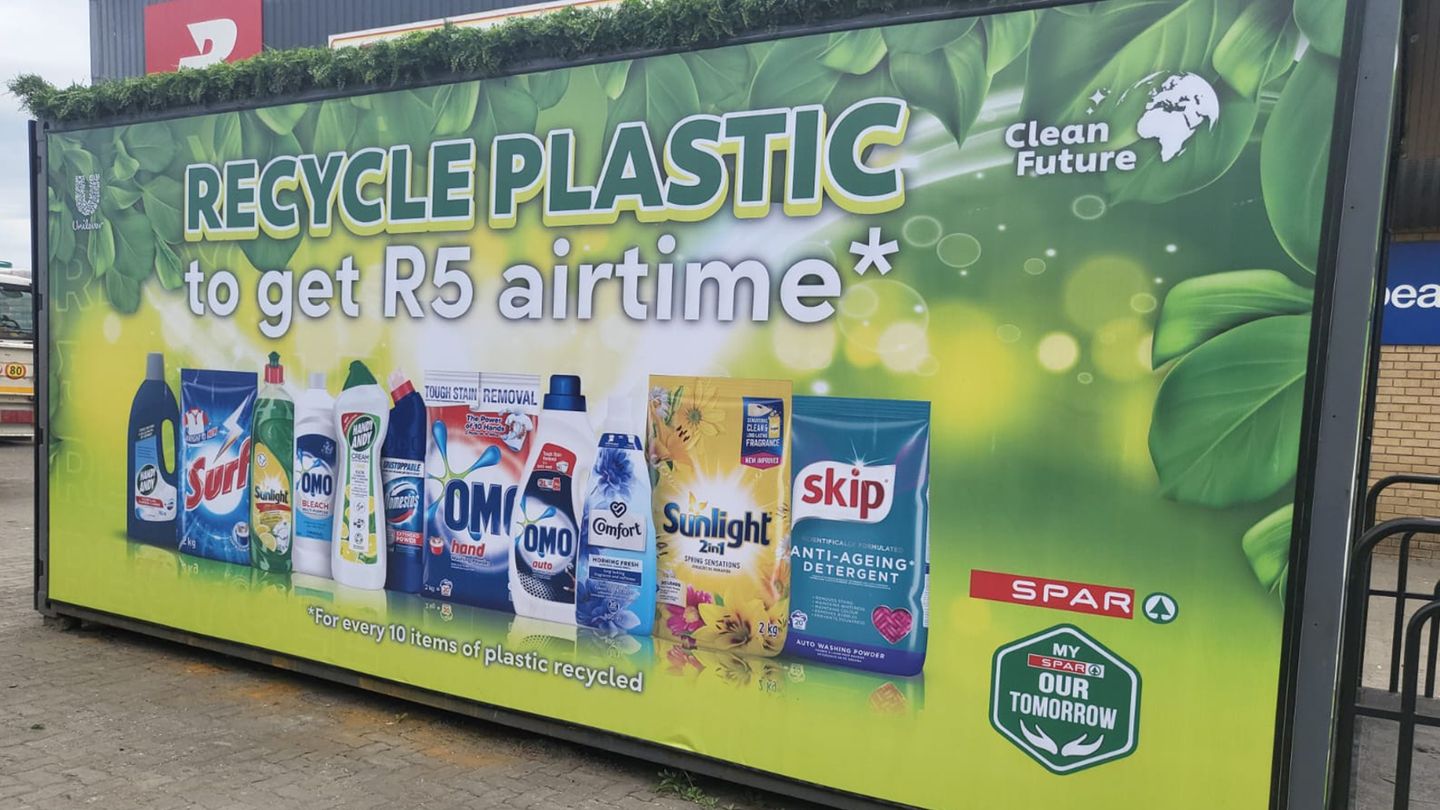 After only two years of launching the Clean Future Strategy in 2020, Homecare Africa continues to actively collaborate and create initiatives to help achieve its goals.

Unilever’s Clean Future strategy was established to reinvent our cleaning and laundry products, using materials that are kinder to the planet, without compromising their effectiveness, by 2030. With a R19bn investment, Unilever set to increase the recyclability, biodegradability, and water efficiency of the production of its products whilst decreasing deforestation and the usage of carbon and plastic use, looking to benefit even the most economically disadvantaged homes.

To date, Homecare Africa has achieved 97% of its biodegradability goal, 68% of its plastic recyclability goal, 80% of its deforestation goal, 24% of its renewability goal and 35% of its greenhouse gas goal.

In pursuit of these global goals, Homecare Africa has been at the forefront with pilot innovations such as Sunlight Dishwashing liquid made with purple carbon in 2021, a first in the Unilever universe. But the continent has not stopped there. Other examples of the “homies,” as refer to themselves, coming together in collaboration include the Plastics Action Group in South Africa, formed by volunteering employees from various departments. This group has to date, launched two key pilot projects which are in line with the plastic recyclability pillar, namely, the recycling centre and the Sunlight refillery station.

As explained by Shivani Moodley, Brand Manager of Sunlight Dish and a member of the Plastics Action Group, the primary objective of the recycling centre was to investigate if a consumer will recycle if incentivized. This hypothesis was proven true as month on month, the team noticed an increase in the amount of waste being recycled. Traditionally, glass is a well-known material and consumers were recycling enormous quantities of glass, more awareness was needed to encourage consumers to recycle plastic. Through this pilot, the team have collected over 47 000 units of waste since launching in November last year thanks to a partnership with Imagined Earth and SPAR Mandini.

“During phase one of our pilot, consumers increased their recycling behaviour month on month, however, glass was the most recycled material. We needed to encourage the collection of plastic, so our project pivoted, and we incentivized the collection of plastic only. Secondly, we introduced brand communication to our recycling centre container to accelerate the collection of plastic. This helped further educate consumers that they could recycle both rigids and flexibles, and to re-inforce this new behaviour, consumers would get a R5 airtime reward for every ten items brought in. As of April 2022, Plastic became the most recycled material, with glass taking second position,” said Moodley.

According to the Worldwide Fund for Nature (WFF), the emphasis on plastic is essential, considering that South Africa produces 41 000kg of plastic waste per person a year, far more than the global average of 29 000kg. With a 43% returning user rate, this successful pilot presents an exciting prospect of expanding this initiative in other areas as well.

The concept of a refillery station is not anything new around the world, but in South Africa, one of the biggest barriers, was changing the consumer habit having to bring and reuse what was deemed “old” bottles in-store for them to a product they would normally just grab on shelf. The main objective of the Sunlight Refillery station pilot was to understand whether consumers would reuse their old bottles when incentivized through lower cost on product whilst ensuring they are educated on how to use the technology. This project has been piloted in SPARS in Renbro, Kenilworth and Gordon Road with the first store selling 1268 in 750 ml units since launching in March 2022 at 20% discount to the normal promotional price on Sunlight 750 ml pouch. Once a few consumers started being familiar with the process, the news of the refillery station spread fast as consumers believed they received true value for money by simply reusing their packaging, an important benefit in the cash strapped society we live in.

These two pilots are just some of the ideas Homecare Africa has explored and is looking forward to expanding at a wider scale to achieve its goals by 2030. With the launch of successful projects such as these, a clean future is possible for Africa.

Gideon Rono, R & D East Africa Homecare Manager and Champion of the Clean Future Strategy expressed his pride in his involvement in the fulfillment of the Clean Future strategy, “We all have a responsibility to address the issues in Africa and our privilege is to do what we can to meet the sustainable development goals. I am excited to see what new ideas will come from the Africa team to see us creating a clean home, clean planet, clean future, as our slogan states.”