A last minute twist in the 2019 Shield Sbonis’iDiski program

Shield, Chelsea FC and Orlando Pirates FC announced that all three of the top-performing players are winners 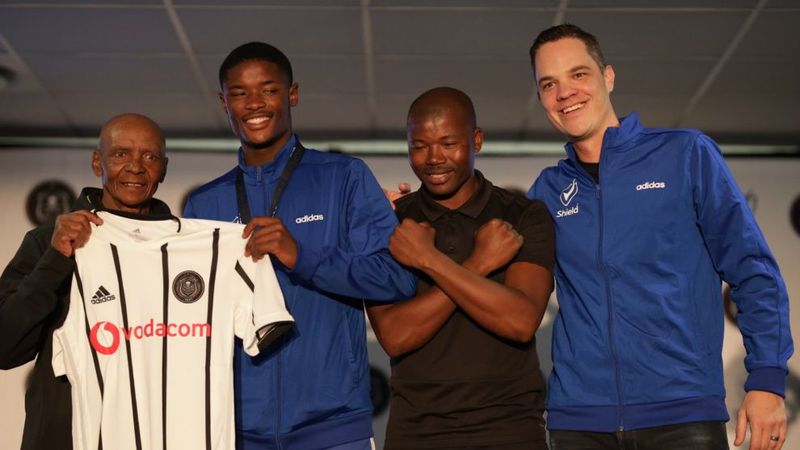 The 2019 Shield Sbonis’iDiski program has proven to be the biggest and most promising year yet, with over 11,000 young men and women coming out to prove they have what it takes to be the next Champion.

After an intensive week of training at the TUKS High Performance Centre in Pretoria, the training culminated with the final opportunity to impress the coaches. The Shield Sponis’iDiski top 25 faced off against the current Orlando Pirates FC MDC team in an intense football match, which was considered the biggest game of their lives. The match was one to watch, while the Shield top 25 kept their defence strong, the Orlando Pirates FC MDC team inched toward victory, defeating Shield’s top 25 hopefuls, 1 to 0.

Each of the three deserving players will travel to Chelsea FC’s Cobham training grounds later this year to participate in a once-in-a-lifetime training experience with the international team. At the camp, the players will be exposed to state-of-the-art training facilities, training sessions and experiences to equip them with a solid understanding of what it takes to be a professional player.

The biggest announcement that not one, but all three of the deserving players, would receive a one-year contract to join the Orlando Pirates FC Development team was made just minutes before the press conference. Each of these three players will be following in the footsteps of some of South Africa’s most beloved football players and Amogelang, Cassius, and Thandani will be able to kick off a bright future in football and make their mark with Orlando Pirates FC.

“Watching this programme grow in size to what it has become today in Year 3 is amazing. Not only has Shield been able to change the lives of these three young men, but we have developed a platform to further develop young and hungry football talent in the country,” said Gareth Marshall, Senior Brand Manager Shield South Africa. “Alongside our partners we are looking forward to growing in size and providing even more opportunities for South African youth.”

In 2019, Shield widened its scouting net, doubling in size and expanding from five regions to nine, ensuring that the program had national inclusion and provided opportunities to all areas of the country. The wider reach made competition and selection of the top three that much harder.

“Amogelang, Cassius, and Thandani have all shown tremendous heart and dedication throughout the program and their commitment to improving their football skills inspires many to take the ultimate challenge head on,” said Laurence Griffin, head of Coaching Development at Chelsea FC. “I’ve seen remarkable talent over the last three days, and the level of skill and technical ability displayed in South Africa is on par with many across the globe, the players who made it this far should hold their heads high.”

“At the Pirates FC, we believe in nurturing and developing talent and the partnership with Shield allows us to further cement this by giving budding football players the opportunity to grow their skills” said Orlando Pirates FC spokesperson Thandi Merafe. “This initiative turns dreams into realities, and we couldn’t help but make that dream possible for all three of the stellar athletes.”

Amogelang, Cassius, and Thandani will travel to London later this year and will also begin training with Orlando Pirates FC development team this year.

Always #MoveWithShield. It won’t let you down